The Severity of Environmental Contamination Caused by Algal Toxins

Due to the influence of the natural environment and human activities, the eutrophication trend of water bodies is increasing, which leads to the rapid growth of blue algae, green algae, and diatoms in freshwater water bodies form "water blooms". These algae forming "blooms" can produce a large amount of algal toxins to pollute water sources. Among the algal toxins, cyanobacteria toxins are the most common ones, mainly including liver toxins, neurotoxins, and endotoxins. Algal toxins can enter the human body through the digestive tract, causing diarrhea, nerve paralysis, and liver damage. In severe cases, poisoning or even death can occur. In 1996, more than 100 people suffered acute liver dysfunction due to algal toxin poisoning in Brazil, and at least 50 people died within 7 months. In the past few years, there were more than 60,000 poisonings caused by algal biotoxins each year, with a related mortality rate of 1.5%. Algal toxins in freshwater bodies have become a global environmental problem.

The Application of ELISA Kits in Algal Toxins Testing 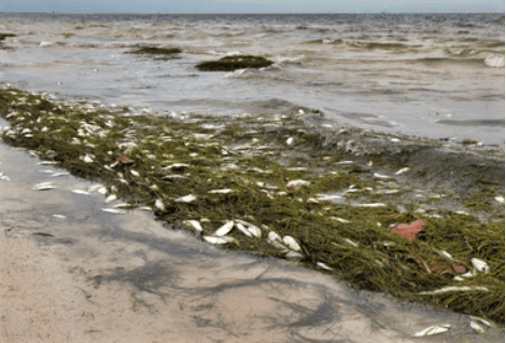 In the water environment, the natural degradation process of algal toxins is very slow, and the algal toxins have high heat resistance, which cannot be destroyed by heating and boiling. Even the coagulation precipitation, filtration, and chlorination in the tap water treatment process cannot be removed. Incidents of algal toxin poisoning continue to occur in water bodies around the world, causing significant economic impacts on aquaculture, fisheries, and tourism. In addition to the potential impact on human health, algal toxins can also cause widespread morbidity and death of marine life. Therefore, the level of algal toxins should be monitored in the process of tap water treatment. As a convenient, fast, and sensitive immunoassay method, ELISA is widely used for the detection of algal toxins.

Depending on the type of sample, it generally needs to go through one or more steps of centrifugation, filtration, and dilution. The samples are generally stored at -20℃.

What Can We Do for You?

We have a professional R&D team, mature technical route, perfect quality management system, and provide high-quality after-sales service. In the ELISA test of algal toxins, we will provide the following services.

Domoic acid is a strong neurotoxic substance produced by the metabolism of long-chain feathery diatoms, which can cause long-term damage to short-term memory. The U.S. Food and Drug Administration has identified it as one of the four major marine biotoxins.

Microcystins is the most widely distributed hepatic toxin, which can strongly inhibit the activity of protein phosphatase. MC has been detected in drinking water sources in many countries, and its harm to the water environment and human health has become one of the major environmental issues of global concern.

Saxitoxin is one of the most toxic algae neurotoxins and one of the main toxins in shellfish nerve palsy poisoning. STX is ingested by shellfish by polluting the water environment and accumulated through the biological chain. Countries all over the world list it as a mandatory item for an aquatic product safety inspection.

Creative Diagnostics has been committed to ELISA-connected analysis. Supported wealthy expertise and diverse ELISA kits products, we provide high-quality customized ELISA kits services and professional ELISA testing services related to algal toxins. With proficient problem-solving ability and high project success rate, we are able to provide give related ELISA development services. If you wish a lot of careful data, please be at liberty to contact us.