The Harm Caused by Food with Nitrofurans Residues 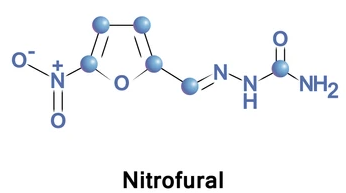 Fig. 1 The chemical structure of Nitrofural

Nitrofurans drugs are broad-spectrum antibiotics that can kill most pathogens such as gram-positive bacteria, gram-negative bacteria, fungi, and protozoa. They act on the microbial enzyme system, inhibit acetyl-CoA, interfere with the metabolism of microbial carbohydrates, and thus play a bacteriostatic effect. Nitrofuran drugs mainly include nitrofuran, furazolidone, nitrofurantoin, and nitrofurazone. The residues of this kind of drug mainly appear in animal food, and the contaminated food has a bad influence on human health. Such drugs have neurotoxicity. Central nervous system toxicity is mainly manifested as headache, dizziness, weakened or disappearing light response, and so on. Peripheral nervous system toxicity is mainly manifested as paresthesia, hypoesthesia and limb pain, and weakened or disappeared tendon reflexes. Nerve conduction speed slows down, and symptoms of mental disorders such as excitement, insomnia, dreaminess, and panic will appear. 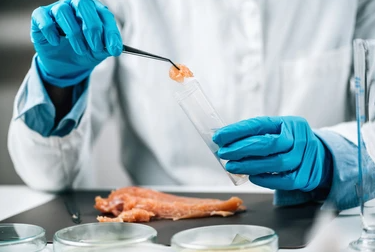 Nitrofurans have been widely used in livestock, poultry, and aquaculture to treat intestinal infectious diseases caused by E.coli or Salmonella. However, studies have shown that nitrofurans drugs and their metabolites have carcinogenic and teratogenic side effects on the human body. The nitro heterocyclic compounds have cell mutagenicity and animal carcinogenicity. This serious side effect has attracted the attention of countries all over the world. Many countries, including the United States and the European Union, have banned the use of nitrofuran drugs in livestock, poultry, and aquatic animal food. However, there are still cases of illegal use of the drug. For the safety of humans and animals, it is necessary to conduct nitrofurans drug residues testing in water sources and food. Nitrofurans drugs are rapidly hydrolyzed in organisms, and ELISA is often used to detect their metabolites AOZ, AMOZ, AHD, and SEM to reflect the residual status of nitrofurans drugs.